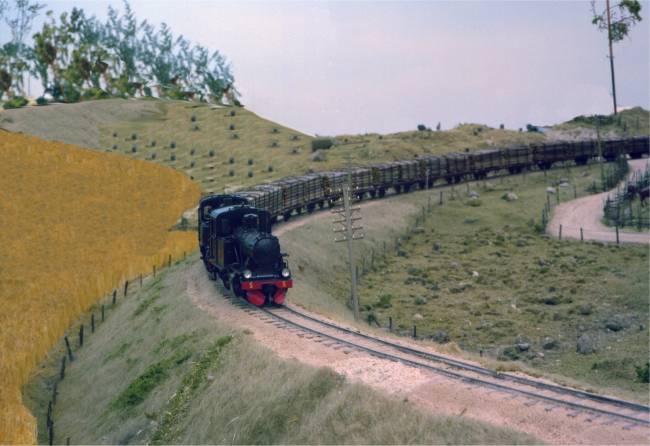 NVJ # 5 and DHJ # 8 doubleheads a heavy timber train up the hill north of Stabby. Photo and © Jörgen Bergfors.

The Norrtälje - Väddö Railway, NVJ, between Norrtälje and Elmsta by Väddö channel is the prototype for the layout that Trefoten is building. NVJ was planned but never built. It should have had a gauge of 891 mm like the rest of the narrow gauge empire in the province of Roslagen, and was supposed to be opened in 1910. After a couple of hard years with financial difficulties it was bought by Stockholm - Roslagens Järnvägar, and became a part of the big narrow gauge network administrated by "Roslagsbanan" north of Stockholm.