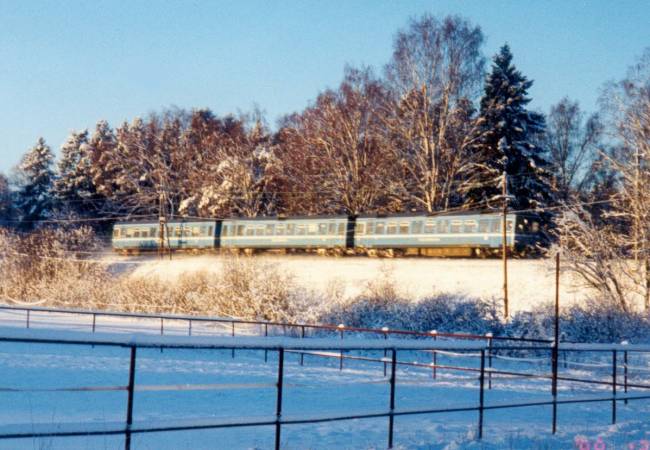 The normal three unit consist heading east towards Österskär on the line between Täljö and Åkers Runö on a sunny winter day 2000. Photo and © Per Nilsson. 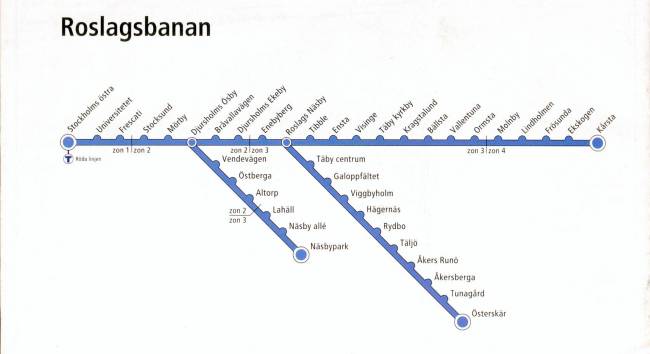 Roslagsbanan is quite unique in the sense that it still keeps its guards (conductors) on the trains. The only other part of the SL traffic system that has any guards left is Saltsjöbanan.

A typical three car consist at the most eastern terminal, Österskär. Photo and © Per Nilsson.

The normal consists are made up by three units, one EMU X10p, one passenger car UBp and one "control"-car UBxp from which the EMU can be controlled when going in the opposite direction. During the rush hours two such consists make up a 6 car train.


In addition there are three older Z4p and one Z6p diesel locomotives for shunting and maintenance of way service. One older electric motor car and one diesel motor car has survived as "help trains".

The trains are serviced at the terminal at Stockholm Östra and repairs and other maintenance are made at the shops in Mörby. 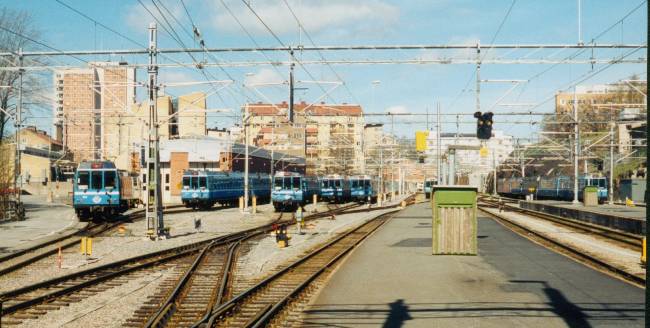 Stockholm Östra is a very busy terminal with 6 platform tracks and service tracks for the  trains when they are not in service. Photo and © Per Nilsson.